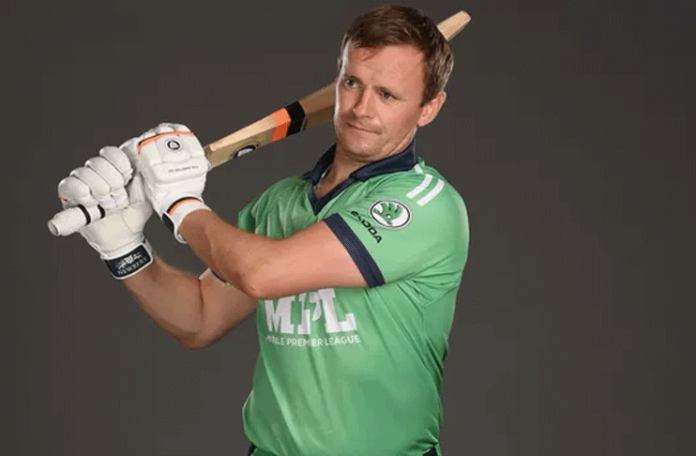 LONDON: Ireland’s longest-serving captain and legend William Porterfield has announced his retirement from international cricket after he joined Gloucestershire county as a consultant coach.

The 37-year-old Porterfield has called time on his international career after leading his national side in 172 international matches, including two ODI World Cups. He also captained Ireland in three Tests that the side have played so far.

Porterfield made his debut in 2006 and appeared in 212 international matches to become the second most-capped player for Ireland after Kevin O’Brien.

Porterfield, while announcing his retirement felt honored to represent his country for more than 16 years and advance his national side from an amateur team to a Test-playing nation.

“It’s been an honour to represent my country for 16 years – it’s something I had always wanted to do since I was a child,” Porterfield was quoted as saying by Cricket Ireland.

“During my career, we’ve gone from an amateur team right through to now being a Test nation. From those before me, and along my journey, we have hopefully built an infrastructure that will allow the game in Ireland to continue to flourish,” he added.

The 37-year-old announced that he would now be pursuing coaching roles in the future and had been looking for the right opportunity to begin a coaching career.

“I’ve been given the opportunity to join Gloucestershire as a Consultant Coach until the end of the season, and these opportunities don’t come around very often,” he said

“Coaching is something I’d like to be involved in next, and after talking to my fiancé Hayley, my dad and a few other people I have decided to pursue this opportunity,” reflected Porterfield.

The legendary Ireland cricketer also expressed his wish to become a head coach of his national side.

“Ultimately one day would I like to still be involved and have an impact in Cricket Ireland? Yes. Where that is down the line as potentially a head coach, I’d like to be in a position where I’d be considered for that,” he concluded.

The former Ireland captain Porterfield scored 4343 runs at 30.58 in ODIs to become the second-highest run-scorer for Ireland after Paul Stirling. Meanwhile, he made 1079 at 20.35 in T20I cricket.