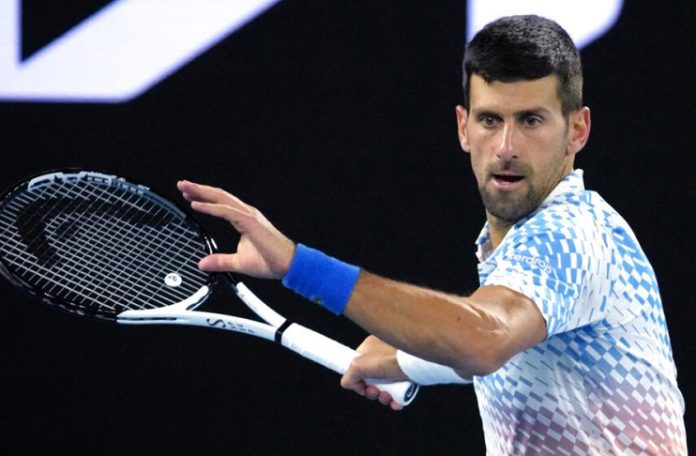 MELBOURNE: Novak Djokovic scrapped his way into the Australian Open third round Thursday to ramp up his bid for a 22nd Grand Slam crown, but Ons Jabeur was prime among the numerous seeds to crash out.

Most of the carnage occurred in the men’s draw — second seed Casper Ruud, Taylor Fritz, Alexander Zverev and Diego Schwartzman were all sent packing on day four at Melbourne Park.

With the shock exit on Wednesday of hobbling defending champion Rafael Nadal, the top two seeds are both now gone.

With top-ranked Carlos Alcaraz also absent through injury, it presents a huge opportunity for Djokovic, who even before that was hot favourite to win a 10th Melbourne crown.

The 35-year-old Serb required a medical timeout and had heavy strapping on his left thigh against 191st-ranked qualifier Enzo Couacaud.

He was also bothered by some rowdy fans and at one point during the match demanded that a drunken fan be thrown out.

“There was a lot happening tonight in the match,” Djokovic, who has been struggling with a hamstring injury, told the Rod Laver Arena.

His on-court interview was momentarily paused when a spectator shouted out.

“I love you too, thank you,” said Djokovic, who has enjoyed a warm return to Melbourne Park following his deportation a year ago because of his stance on Covid vaccines.