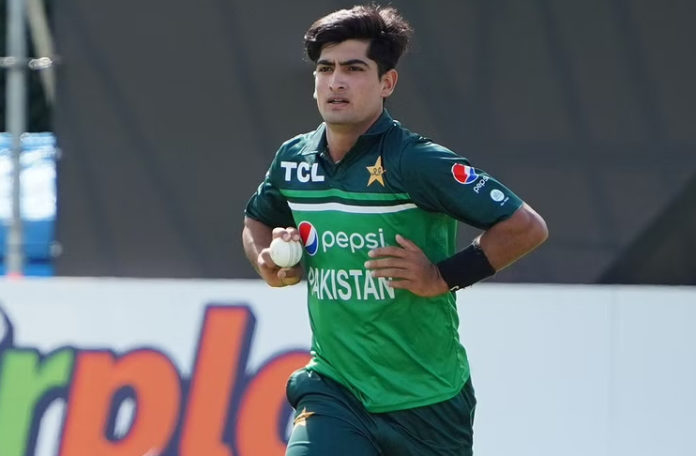 LAHORE: Pakistan’s young fast bowler Naseem Shah has been sent to his home to complete the isolation period after he was ruled out of the remaining two T20Is against England.

The 19-year-old had tested Covid-positive on Thursday after which he went into isolation at the team’s hotel. The team management, however, decided to send him home for the next two days to complete the mandatory quarantine period for covid-19.

The young pacer will join the New Zealand-bound contingent on Sunday before their departure for the tri-nation series against the hosts and Bangladesh.

In the meantime, PCB medical team will continue to evaluate his health condition.

Taking to Twitter on Thursday, Naseem said that he was feeling better and recovering well from his ailment while urging his followers to pray for him.

Alhamdulillah, I am feeling better and recovering well. Thank you for keeping me in your prayers!

May Allah protect us all. Duaon main yaad rakhaye ga!

See you all very soon!

Earlier on Wednesday, Naseem had been diagnosed with pneumonia after he was taken to the hospital the night before.

The 19-year-old played the first T20I of the ongoing series and returned unimpressive bowling figures of 0/41.

READ: ‘Azam’s task is to perform quietly’ says Moin on his son’s comeback