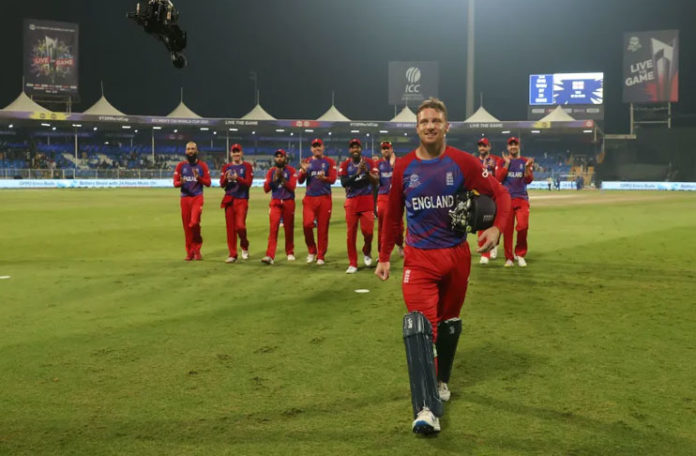 LONDON: England and Wales Cricket Board (ECB) has announced the white-ball squads for their home series against India under the leadership of newly-appointed captain Jos Buttler.

Buttler, who took up the captaincy role yesterday after England’s World Cup-winning captain Eoin Morgan hung up his boots from international cricket, will be leading a completely different side in T20Is from their ongoing fifth Test against India.

The Lancashire seamer Richard Gleeson earned his maiden T20I call-up and could make his debut in the forthcoming home series against India. He is the joint-most leading English wicket-taker in the ongoing Vitality Blast, having taken 20 wickets.

Joe Root, Ben Stokes, and Jonny Bairstow, however, will be part of the ODI squad. Meanwhile, Root’s inclusion in the ODIs will result in Dawid Malan losing his spot at No.3.

The young all-rounder Harry Brook, named in both ODI and T20I squads is likely to be the main beneficiary of Morgan’s retirement and looks set for an opportunity in the middle order.

Our squad for the three-match ODI series with @BCCI! 🧢

England’s key leg spinner Adil Rashid, who will miss the series in order to make the Hajj pilgrimage to Mecca, provided a long-awaited opportunity to Matt Parkinson, who will be playing his first white-ball international after nearly a year.

The home side will lock horns with India in three T20Is and as many ODIs from July 7 to 17.