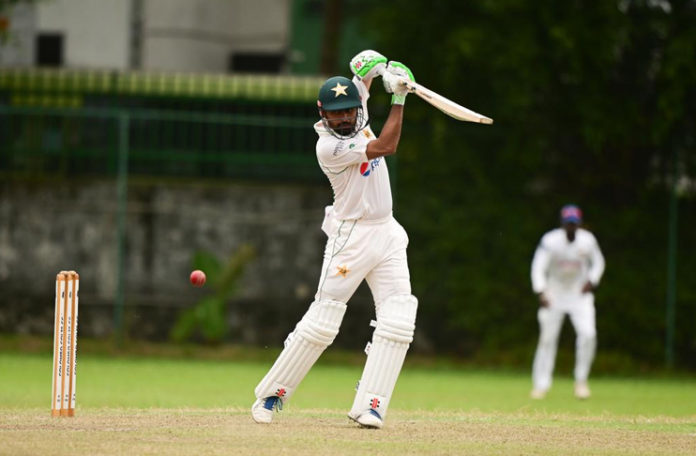 COLOMBO: Pakistan captain Babar Azam led the way for his side with a magnificent knock of 88 runs and bolstered Pakistan to finish on 277/7 on the opening day of the ongoing warm-up match against Sri Lanka XI.

Veteran right-handed batter Azhar Ali, who took up the captaincy role in the absence of Babar Azam opted for his team to bat first after the coin flipped in his favour.

Batting first, the touring side had an unwanted start to their campaign as the Green Shirts lost their both openers Imam-ul-Haq and Abdullah Shafique for a mere three runs.

Azhar alongside Babar then anchored the inning for Pakistan with an astonishing 143 runs partnership for the third wicket. The former remained slow in his important knock of 43 runs as he faced a mammoth 119 deliveries.

Babar, on the other hand, scored a magnificent 88 at a decent pace with the help of eight boundaries and four sixes.

Left-handed middle-order batter Saud Shakeel and Salman Ali Agha then assured a great finish for the side as they put on a valiant 71 runs. Saud remained unbeaten with 30, while Agha scored 43 not-out.