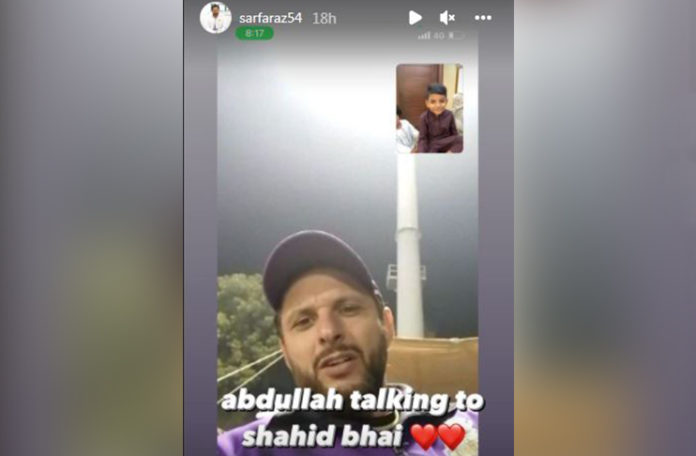 In a video call conversation, Afridi asked Abdullah why he is not there to support his father’s team in the ongoing Pakistan Super League (PSL) 7.

The cute interaction was shared by Gladiators on their official social media platforms.

Abdullah is also known for his cricket skills. He is following in his father’s footsteps to become a cricketer in the future.